AIPPI’s Executive Committee has elected new members of the Bureau 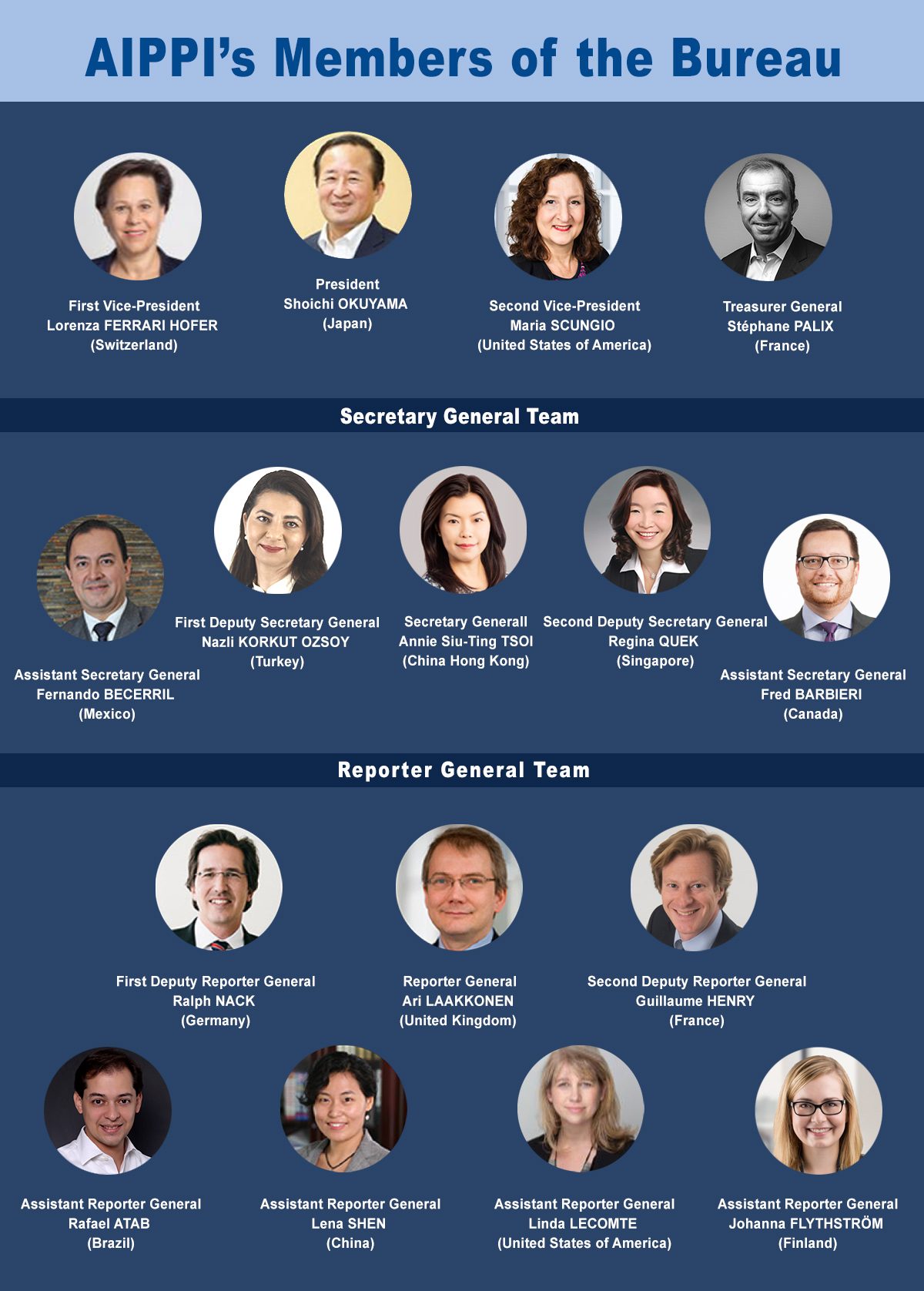 AIPPI, the International Association for the Protection of Intellectual Property, announces its new members of the Bureau elected by the Executive Committee during the 2022 AIPPI World Congress in San Francisco on 10-13 September, celebrating the association’s 125th anniversary.

Shoichi Okuyama, Ph.D., has been elected as the new AIPPI President.

“In September, AIPPI successfully held its annual in-person World Congress in San Francisco for the first time after the pandemic. As AIPPI President, I aim to strengthen our relationships with governmental and non-governmental organizations to firmly position ourselves in the global IP community. AIPPI will now refocus its activities to bring the best value to every AIPPI member. I am very optimistic about the future of IP and AIPPI,” says AIPPI President Shoichi Okuyama.

The other Bureau’s members remain the same.

“I am looking forward to the continuation of the execution of AIPPI’s Strategic Plan and its seven pillars together with the Bureau, and to strengthening AIPPI’s role in the IP community as part of it. Together with my team, I will ensure operational excellence of the association,” says AIPPI Executive Director Judith Willert.

See all the members of the Bureau here.