Home UPC Mock Trial – A Trial Run
Back to overview

With all the elements that will imminently be needed for the ‘real’ launch of the Unified Patent Court, a hearing was held at the Congress on 12 September featuring two sets of advocates, and a panel of three legal judges and one technical judge.  As the UPC is expected to open for business shortly, this mock trial was close to being a dress rehearsal for the new system.

The panel of judges

The Claimant was represented by Marc van Gardingen (NL), Jürgen Meier (DE) and Emma Montevecchi (IT).  The Defendant was represented by Cordula Schumacher (DE), Andras Cserjny (HU) and Hélène Corret (FR).  It is notable that each team was composed of attorneys at law, as well as patent attorneys, and each member of each team made submissions to the judges.  The team composition thus reflects the broader rights of audience within the UPC for patent attorneys. 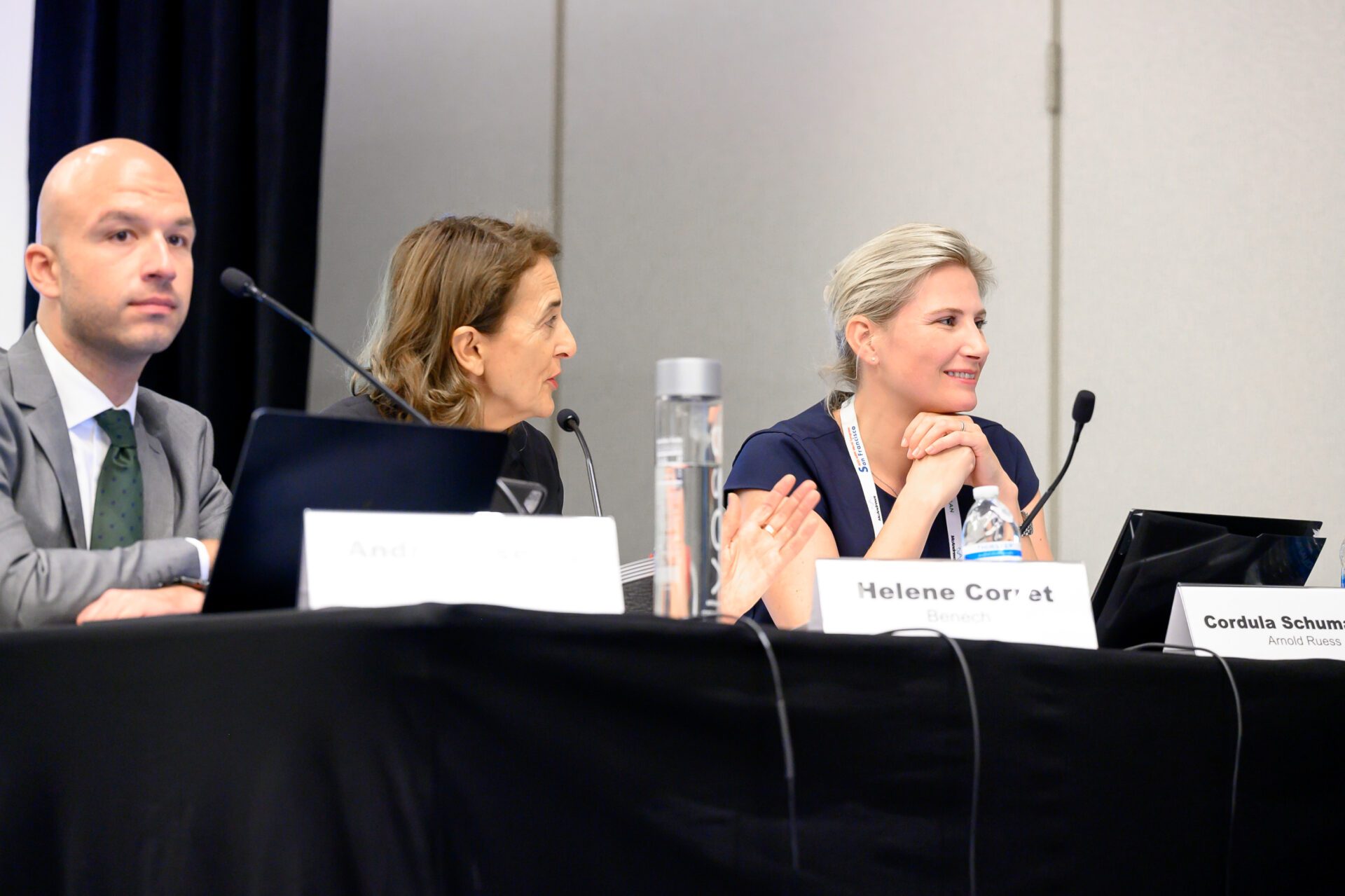 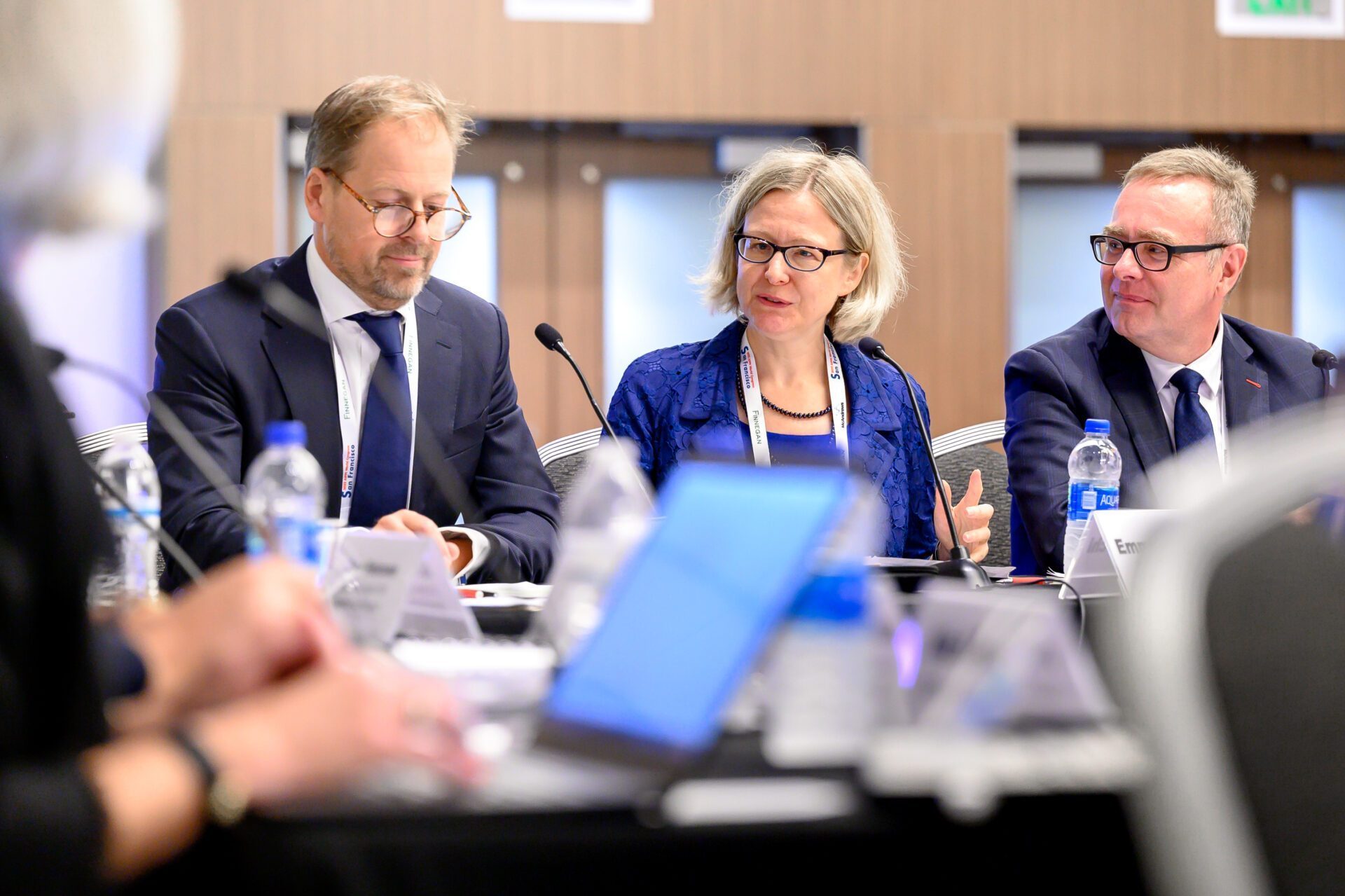 Prior to the Congress, these multi-national teams together developed pleadings to define and state their positions on the issues: an allegation of patent infringement and a counterclaim for revocation.  Presiding Judge Brinkman presented a number of questions of the judges’ panel to the advocates, concerning:

The second of these topics (plausibility) generated much discussion, especially in light of EPO decision G2/21, and also on the question of the effect that EPO decisions should have in relation to the judges’ application of patent law within the UPC.  Similarly, in relation to the doctrine of equivalents, submissions based on Dutch and German law were made to the judges.

The session closed, after brief period taken by the judges to consider their decision.  During that period a mini-panel to compare the approach expected to be taken UPC proceedings with national proceedings took place, chaired by Thierry Calame (accompanied by Luca Gualtiero Dragotti, Nicolai Lindgreen and Christof Augenstein).

The decision of the judges was an informal decision on the basis of how the issues would be approached under current national law, and not on the basis of UPC law, because UPC case law has not been developed yet in relation to issues such as the doctrine of infringement.  It is therefore not a definitive statement of how the issues would be approached in the UPC.  The decision was that the patent is valid and infringed.  An injunction, conditional on the payment of a royalty, was granted.  A fine was set for any breaches of the injunction at a level of €100,000 per day – on the basis that continued infringement should not be more financially advantageous than payment of the royalty.

The session was closed by Anne Marie Verschuur, Reporter General of AIPPI, who highlighted that the start of the long-awaited UPC in early 2023 is now imminent, and clearly the expertise needed to operate the system in key jurisdictions is already in place.